I didn't get to write a thing yesterday or really get on the computer like I wanted to. But today I sort of made up for it. I haven't reached my daily mark but I'm not too far away. Now, I really wanted to write from beginning to end with this years NaNoWriMo but it just isn't working out that way. I have skipped ahead to later scenes for later chapters and started writing them out. Better to write something than nothing at all! Eventually I will piece together this poor story and make into something amazing. (Hopefully). 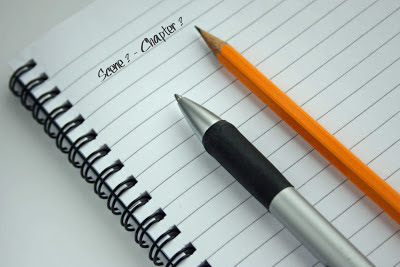 I've been doing some more outlining and planning and I seem to be changing parts of this story. The basics are the same, the characters and the main plot are the same but the rest of the writing that makes the story flow has gone from fantasy to a more horrory feel. I could be wrong about it though. It may just still be a fantasy. I'll worry about that when I'm done with the whole manuscript.

cheryl
I'm a mother, a writer and a dreamer.

My world is my children but my imagination is what keeps me sane.

At 33 years old I can't say I've accomplished much of what I had hoped to, but I'm still breathing and have many more years to reach any or all goals I have set for myself.

I'm learning slowly that life is beautiful, even at times when it doesn't seem so beautiful.

Never forget who you are, always believe in yourself and never let anyone tell you... you cant.